Mariner stuff not worthy of a whole thread

It's a community networking and goodwill move giving us first dibs on another, relatively untapped, source of young players with potential if they step up from Vanuatu or surrounding islands
and
a camp experience for the boys to bond and keep fit in a mini off season. They had to make use of this month, keep fit and bond somehow.

That's about it. They money in this will be nothing, little more than covering costs or keeping costs low.
Last edited: Nov 20, 2022

Tevor said:
I also don’t think they are footing the bill.
Click to expand...

Goal from the first game around 130 on here:
Defenders clearly running on island time.

Josho Howe said:
Smoking darts before training, then smoking everyone in training with his speed. Certified legend.
Click to expand...

I used to have a mate who was a complete lunatic. We'd be on the piss the night before he had a triathlon. He'd rock up, have a few darbs and go 2 hours for Olympic distance.

Someone people just have the bastard in them.

Insertnamehere said:
I used to have a mate who was a complete lunatic. We'd be on the piss the night before he had a triathlon. He'd rock up, have a few darbs and go 2 hours for Olympic distance.

Someone people just have the bastard in them.
Click to expand...

It was only just revealed that Tommy P had a bigger sized heart than the average person and therefore could pump more oxygen around the body.

marinermick said:
It was only just revealed that Tommy P had a bigger sized heart than the average person and therefore could pump more oxygen around the body.
Click to expand...

The Phar Lap of footballers

So, Tommy P is gonna end up stuffed in a Melbourne museum ?

We beat Vanuatu NT 1-0 and the starting side was sozer, aquilina, kaltak, triantis, farrell, steele, balard, nisbet, ayongo, nkololo and jok. Cam windust scored the goal off the bench

Good to see a buncha different players getting some gametime
T

That’s still not great considering a decent number of those are regular A league players and then a few more are ones fans on here are hoping to see more of. And tracking for their goal was non existent.
T

turbo said:
That’s still not great considering a decent number of those are regular A league players and then a few more are ones fans on here are hoping to see more of. And tracking for their goal was non existent.
Click to expand...

Like I said a good trip for bonding but not so good for training. Hope it works and the team is fresh and ready to go against the Scum when the comp restarts.

Why are we all bugged about losing a holiday kickabout?
A

BrisRecky said:
Why are we all bugged about losing a holiday kickabout?
Click to expand...

I remember us beating Malaysia at Pluim Park. Was it 6 - 0?

Allreet? said:
I remember us beating Malaysia at Pluim Park. Was it 6 - 0?
Click to expand...

I was there bro and it was Indonesia from memory. 6.0 with Sasha and Pinger running riot up top. Massive 5000+ crowd at Pluim and absolutely f**king freezing.

pjennings said:
We beat Malaysia 3-0 about 15 years ago at Pluim as well.
Click to expand...

Yeah, I thought it was Malaysia but more than 3 - 0. Must've been cold because I was keen for the match to end so I could f**k off.

All of the Mariners’ goals at Pluim Park arrived in the second half, with John Hutchinson joining training squad members Neil Woodcock and Ty Owens on the score sheet.

The match, watched by an audience of approximately 2,000 spectators at Lisarow’s home of Central Coast Football, was the Mariners’ first since returning to full pre-season training last Tuesday.

The touring Malaysian line up, boasting a gallery of players set to feature later this year at Asia’s showpiece quadrennial event, was simply no match for a sharp looking Central Coast outfit, who came into the match minus injured or unavailable squad members Paul O’Grady, Greg Owens and Danny Vukovic.

"Overall, there were very good performances around the park, Boogaard was outstanding when he came on, Brad Porter did well, Gumps and Tommy did well in the midfield and Kwasnik was causing problems, Hutch done well, overall I was very happy with the performance, considering we’ve only been in training for a week," said McKinna.

"There was a great crowd, Central Coast Football put on a great night and there must have been close to 2,000 people who got right behind the teams, especially when some of their local players came on, it was even better."

New signing Sasho Petrovski was prolific in the first half, testing Malaysian custodian Azizon Kadir on numerous occasions from distance and from close range.

Complemented by Nik Mrdja up front, Petrovski showed glimpses of his capabilities against a disciplined Malaysian back line.

The visitors were not without their chances however, with diminutive attacker Mohd Ivan Yusoff threatening on the break, forcing Mariners goalkeeper Matthew Trott to make one particularly telling stop.

Hutchinson netted the match opening goal ten minutes after the break – inching home a goal bound effort from Tom Pondeljak.
Pondeljak burst through the Malaysian defence and rounded ‘keeper Kadir before firing a shot at goal from an acute angle, which was neatly turned over the goal line by Hutchinson.
From this point on, Football Manager McKinna introduced a host of new faces to the Mariners’ line up, including Central Coast Lightning players Woodcock and Jamie Lobb, Mariners Academy member Ian McAndrew and 16-year-old Ty Owens, the younger brother of recent Mariners recruit Greg.

Woodcock, one of the ten-man Mariners’ squad bound for the Philips Lighting Soccer 7’s in Hong Kong tomorrow, ensured a dream debut just four minutes after taking the pitch by heading home the Mariners’ second with literally his first touch of ball.

Woodcock was quickest to react to Kadir’s spill from fellow Lightning player and substitute Matt Simon’s cross, and made no mistake with his looping header into an empty Malaysian net.

Owens also celebrated his debut in yellow and navy with the final goal of the match with just four minutes to spare.

Simon was again integral to proceedings, delivering an inch perfect cross for Owens, who showed great maturity in guiding his first time effort past the well beaten Kadir.

"We put on nine young boys and they all done well," said McKinna.

"The first half was really good, Trotty made one great save, another in the second half and really that was all he had to do.

"Their ‘keeper was outstanding apart from one snap at the ball he had in the second half where young Woody scored, but it was good that Woodcock scored and young Ty Owens, he’s only 16 years old and he slotted his goal like an old experienced head."

The Mariners are now headed for Hong Kong, where they will contest the Philips Lighting Soccer 7’s.

The Mariners have been placed in Group D with local sides Hong Kong FC and City University of Hong Kong, with the biggest challenge facing McKinna’s charges likely to come from English Premier League side Aston Villa.

The Philips Lighting Soccer 7’s kicks off on Saturday, 26 May - www.ccmariners.com.au will feature exclusive and extensive coverage of the tournament.

Following their Hong Kong sojourn, the Mariners will return home to contest the third annual Central Coast Football Charity Plate against a local selection made up of the best players from the Central Coast Premier League. Kick off at Pluim Park on Saturday, 9 June is at 5pm.
Match Details 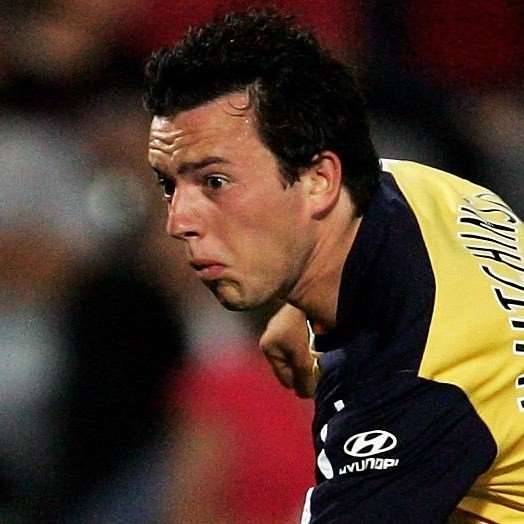