APL has confirmed no midweek fixtures next season and international weekend breaks.

Don't mind the occasional one but there were definitely far too many this last season. 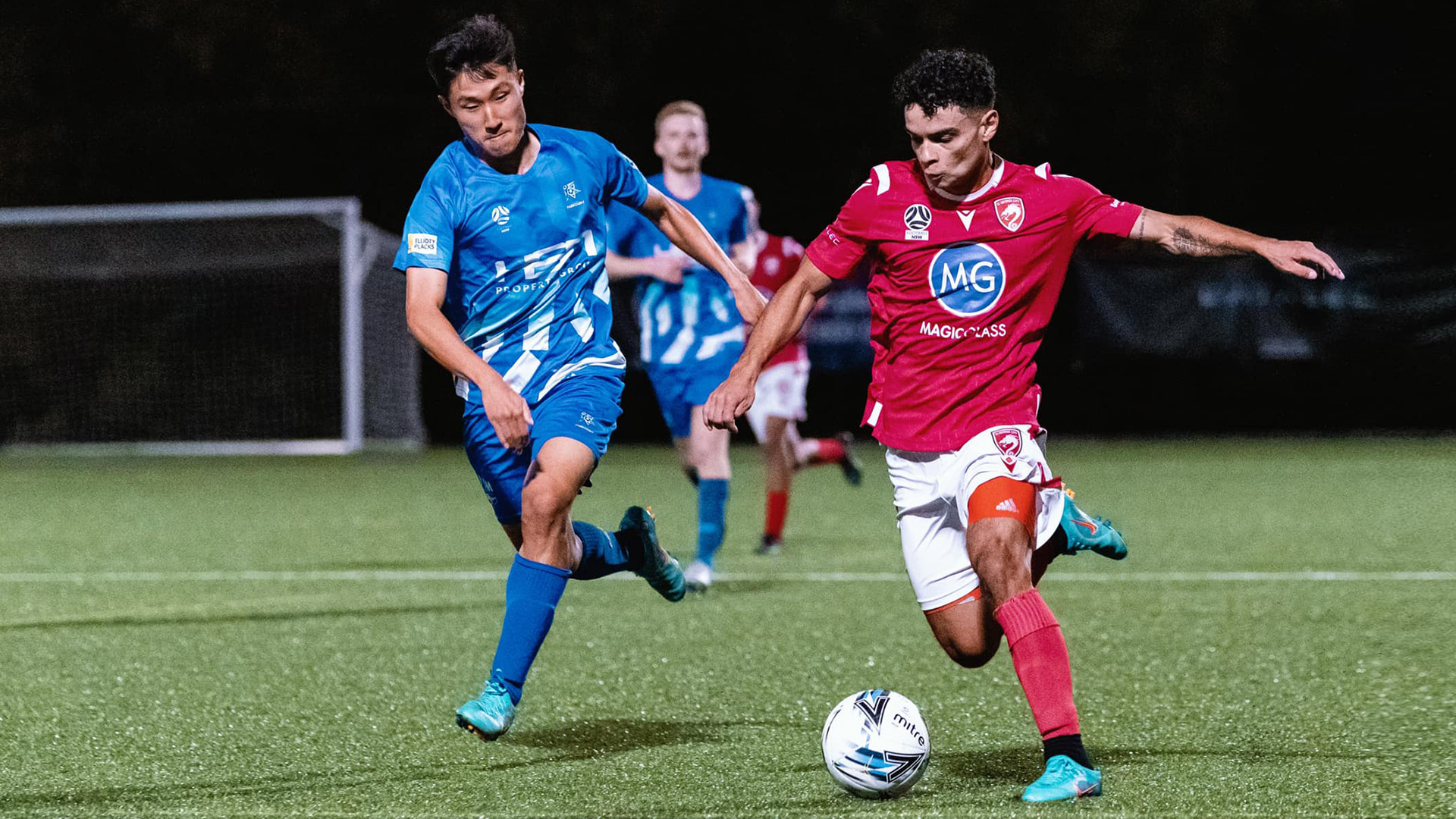 he final stage has been set as Football NSW today announced the Australia Cup Preliminary Round 7 fixtures with the four winners advancing to the coveted Round of 32 with some cracking matches set to light up the knockout competition. With one more Round 6 match set to be played next Tuesday...

City looking like a good side this year, even with quite a few absentees. New Berisha looks a very good signing.

Aloisi's Dad's army catching up with him as it always does.

Big mistake by WU to pump money into Troisi. He was honking and City totally dominated the midfield.

So an incredible slide since he was our Asian Cup hero. I wonder what happened?
I

JoyfulPenguin said:
City looking like a good side this year, even with quite a few absentees. New Berisha looks a very good signing.

Aloisi's Dad's army catching up with him as it always does.
Click to expand...

JA was always going to catch up with JA
I

marinermick said:
Big mistake by WU to pump money into Troisi. He was honking and City totally dominated the midfield.

So an incredible slide since he was our Asian Cup hero. I wonder what happened?
Click to expand...

He's a douche. Its all ego

As a side note is everyone called “Berisha” a nut job and have ADHD?

We are going to have fun with him this season.

We go ahead of Sydney on the table

A new date confirmed for the postponed F3 Derby - KEEPUP
I

Staff member
Anyone see this?

A cross-code war has erupted after Sydney FC erected a Bunnings tarpaulin over the Sydney Roosters logo at Allianz Stadium on the weekend.
Ahead of Saturday evening’s A-League match against Melbourne Victory, Sydney FC’s first home game at the newly-constructed venue, an illuminated sign outside the $830 million stadium that reads “Home of the Sydney Roosters” was covered by the $150 tarp.

As revealed by The Daily Telegraph, Roosters chief executive Joe Kelly and Sydney FC boss Adam Santo had a furious phone exchange over the issue on Tuesday

“I told him what he’d done was the equivalent of vandalism,” Kelly told the News Corp publication.

“I also told him we’d be looking at our legal options, then he hung up on me.”

The Roosters contacted Venues NSW to vent their frustration after the incident, and it was agreed that lights behind the sign would be switched off for future Sydney FC and NSW Waratahs matches at the stadium.

Football Australia marketing boss Peter Filipoulos tweeted: “Bizarre! How can a club from a rival code expect their brand be illuminated in-stadium at a shared government funded stadium at a co-tenant’s matches (from another code mind you) is beyond mind boggling.

“Reads like self entitlement & an inflated sense of importance over others.”

“They obviously don’t understand our history,” he said.

“We’ve been on this site with three stadiums for 86 years. How long have they been around?

“What they did with the tarpaulin looked so hideous on a beautiful new $900 million stadium.

“They just have a ground hire agreement.

“We paid for our own facilities and we pay rent for the space we use.

“It’s in our contract that the signage is part of that agreement.”

Politis also told the News Corp publication that the club had paid $12.5 million to build their own centre of excellence and football offices at the government-funded venue.

During a charity backyard cricket event in Kirribilli on Thursday, Prime Minister Anthony Albanese and NSW Premier Dominic Perrottet were filmed arguing about the signage.

Albanese is a lifelong supporter of the South Sydney Rabbitohs supporter, who were recently barred from using Allianz Stadium as a permanent home ground, opting instead to stay at Accor Stadium in Sydney Olympic Park.

“It‘s got a Roosters sign, how have they done that?” Albanese said in the clip.

I actually think Sydney FC have a point.
Questions also need to be asked of the Government into how Easts got to build a private facility on public land.
The cost of the land itself would be over $12.7m, so who signed off on the deal?
Also naming rights and signage on a brand new stadium would have to be around $3-4m.

Refer it to ICAC and lets sit back and watch the sparks fly...

Nah. f**k the roosters. Its a public stadium. They play games 6 months a year.

Jets looking like an Okon Mariners team. Possession with zero end product.
Also Musty sitting in the sheds at the half listening to f**king Ruben Zadkoshite wondering what the f**k he did in life to have to endure this