International Football 'stuff': not worthy of a thread.

K League kicks off tonight. 8 pm according to this.
https://www.livescore.co.uk/soccer/korea-republic/

Apparently those of you with Optus should be able to watch.
If I'm not doing anything I might try and find a stream.

League One clubs will be able to spend up to a limit of £2.5m on player wages, bonuses and various associated fees.

Plans for salary caps in League One and League Two are "unlawful and unenforceable" says the Professional Footballers Association. Clubs voted for a limit of £2.5m and £1.5m for the respective divisions.

Wages, bonuses, taxes and image rights, plus agents' and other relevant fees, will be included within the cap but bonuses gained from promotion or progression in cups will be exempt. Clubs will be fined or face further sanctions if they exceed the limits.

The PFA reacted to Friday's votes by saying it is "disappointed with the outcome". "The English Football League (EFL) has ignored its legal obligation to consult with the PFA and the Professional Football Negotiating and Consultative Committee," it added in a statement. "As such, the legal advice we have received is clear that the salary cap envisaged by the EFL would be unlawful and unenforceable. "The PFA has already served its notice of arbitration on the EFL and until such time that arbitration is determined one way or another the new regulations should have no effect. "While we share the league's commitment to protecting the long-term sustainability of the leagues, the salary cap proposals voted on today have been rushed through without the proper consideration or consultation."

The financial positions of clubs, particularly outside the top two divisions in England, have been brought into focus in recent months because of the coronavirus pandemic. In June, a majority of League One and Two clubs voted to curtail their respective league seasons, with the financial impact cited by many as a primary reason to end the campaign early.

Announcing the outcome of the vote, an EFL statement said: "The decision follows extensive and comprehensive consultation with all clubs in respect of addressing sustainability and wage inflation issues across the EFL, which were initiated prior to the suspension of football in March following the Covid-19 outbreak and have continued during the course of the summer.

"Those discussions culminated in today's divisional vote, with representatives of League One and League Two clubs opting to implement the new measures in place of the existing salary cost management protocols."

The statement added that clubs in the third and fourth tiers are talking about "additional measures aimed at addressing club financial sustainability", while Championship clubs are continuing discussions "in respect to amendments to their own financial controls".

EFL chief executive David Baldwin added: "The term 'salary cap' is an emotive one, creating the impression of a restrictive measure but we are clear in our view that this is neither the objective nor the likely effect of these changes to EFL regulations.

"The financial impact of Covid-19 will be profound for EFL clubs and today's vote will help ensure clubs cannot extend themselves to the point that could cause financial instability.

"Over the last two weeks the discussions amongst clubs in both Leagues One and Two have been healthy and constructive, allowing us to reach a clear consensus and I am pleased that the clubs have determined to adopt the new approach.

"We will now work with all clubs, the PFA and, where appropriate, other stakeholders to implement the new rules and continue our efforts to bring long-term sustainability to the EFL."

What happens if a club exceeds the cap?


If a club is over the salary cap by up to 5%, they will face a financial penalty for every £1 by which they exceed the limit.

Any club exceeding the 'overrun' will be referred to an independent disciplinary commission for further sanction.

And what about clubs moving between divisions?


The EFL says "transition agreements" have been incorporated for relegated clubs and players on longer-term contracts.

Their statement added: "Any contract entered into on or prior to the vote will be capped at an agreed divisional average until that contract expires.

"Moving forwards, clubs that are relegated will be permitted to cap all contracts at the divisional average prior to the club's relegation until those contracts expire." 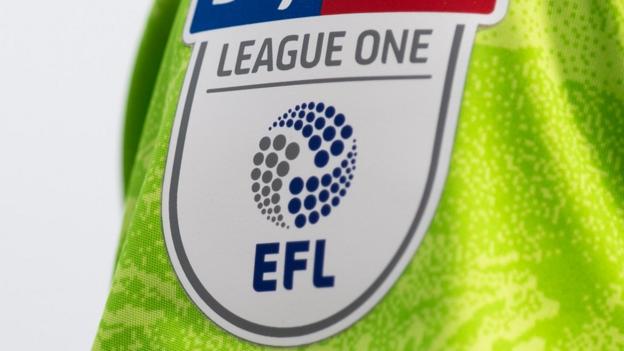 Plans for a salary cap in League One and League Two are "unlawful and unenforceable" says the Professional Footballers Association.

Fark moi Dortmund are hot and cold , Barca are up and down , Leeds are on and off but not as bad as the other two, I couldn’t pick my nose at the moment

Wonder Why hasn’t there been a Dortmund match or mini on kayo this week ! They had there matches since the the last game on there

Even though England had to rely on what I would describe as a Sydneyfcesque penalty,
I think we can win this.

I think the ref got conned, but nobody can really blame him for that, seeing what he would have seen. VAR was inconclusive for me - I think it shows there was probably no contact, but I want the footage to be more certain and there just isn't the camera angle for it.
B

Even though England had to rely on what I would describe as a Sydneyfcesque penalty,
I think we can win this.
Click to expand...

Can something that’s never been somewhere come home

Even though England had to rely on what I would describe as a Sydneyfcesque penalty,
I think we can win this.
Click to expand...

I actually don’t care who wins but it’s funny that England always get their hopes up and loose but the Italians are dirty divers but extremely crafty and know how to get it done.

My mate has Italian heritage so I’ll go for Italy but I hope it’s a good game.

Good luck to fans of both

Can something that’s never been somewhere come home

The coming home thing is a bit strange I find.
I think they're talking about football. Not necessarily the Euro or World Cup.
Football coming home to where it started. But even that's debatable.
B

Pirate Pete said:
The coming home thing is a bit strange I find.
I think they're talking about football. Not necessarily the Euro or World Cup.
Football coming home to where it started. But even that's debatable.
Click to expand...

It’s both fun and cringe at the same time

Pirate Pete said:
The coming home thing is a bit strange I find.
I think they're talking about football. Not necessarily the Euro or World Cup.
Football coming home to where it started. But even that's debatable.
Click to expand...

Don’t touch the ball then ffs…..

Supposedly-for a country that has such a long alleged history of football they are pretty shithouse at playing it.

booney said:
Supposedly-for a country that has such a long alleged history of football they are pretty shithouse at playing it.
Click to expand...